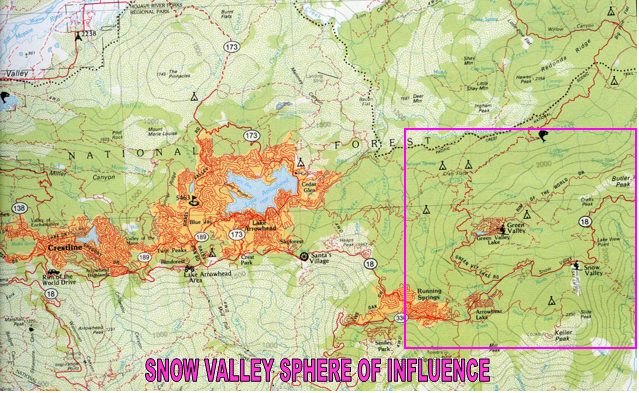 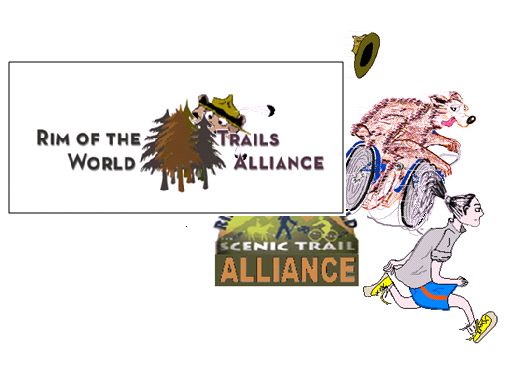 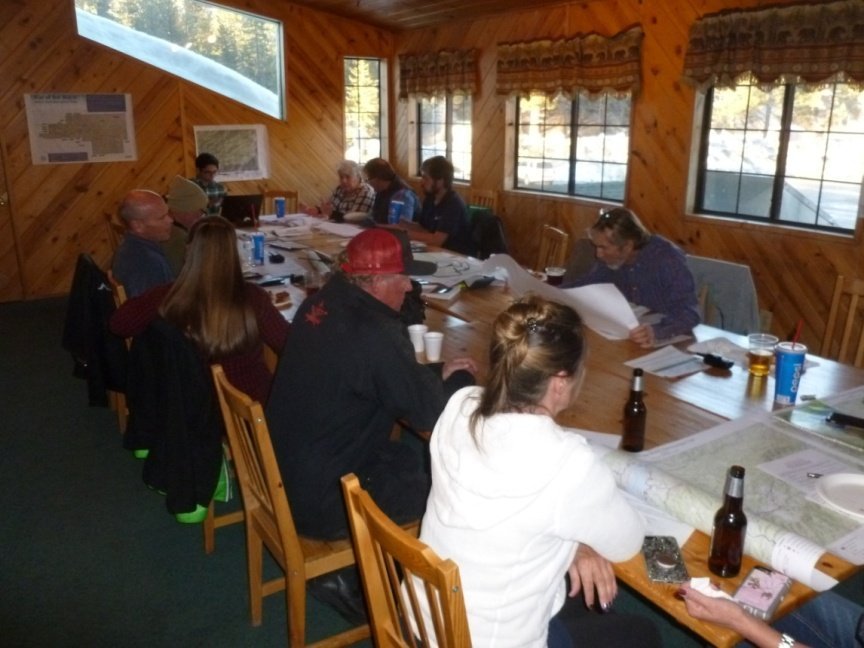 RIM OF THE WORLD INTERMOUNTAIN TRAIL 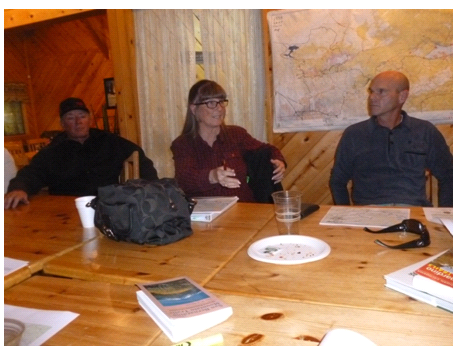 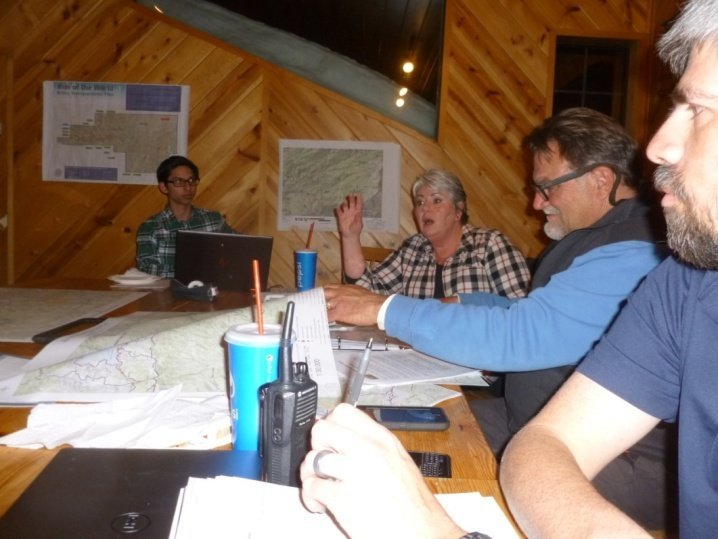 I appreciate the efforts of the following contributors to this initiative: 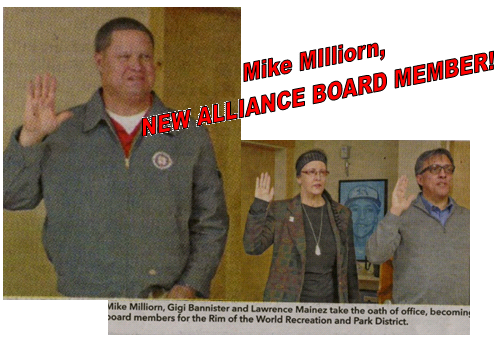 While the Board is in process of applying for a 501 © (3) private non-profit corporate status, arrangements are being made for a post office box and bank account. In the meantime the Board approved Mike Milliorn of Running Springs as a director replacing Jordan Zarate who continues to serve as alternate as well as webmaster for the Alliance. Mike also serves as director of the Rim of the World Recreation and Park District while Jordan serves on the Rim of the World Unified School District Board.

While the above sage counsel has been pursued, Vice President Chris Ehe, San Manuel (a potential donor) and I agree that

“The big picture always being our goal” 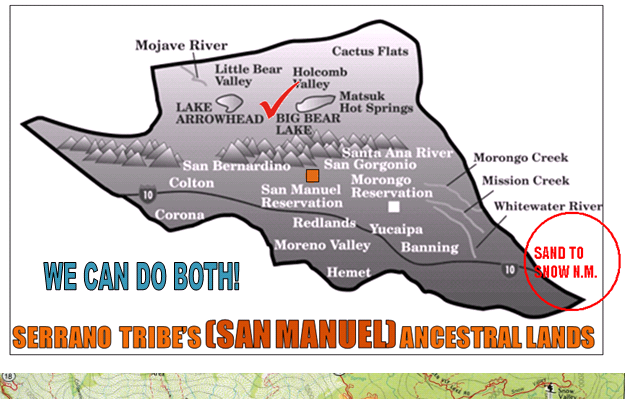 The Board approved designating the Snow Valley sphere of influence as a Phase I demonstration project for planning and implementation largely because of its economic impact on Running Springs as well as traffic heading to Big Bear. The area includes: 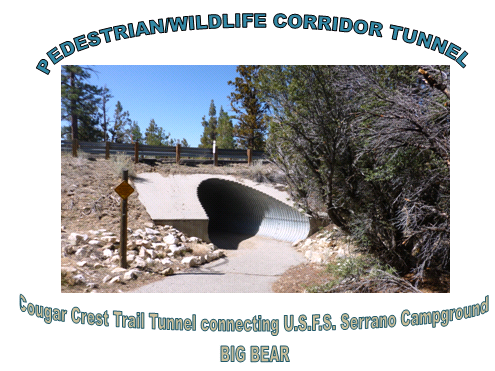 Bev Brown, Rim Nordic, questioned the location and the need for a tunnel connecting with Snow Valley, especially since the Trail located on their property could allow users uncontrolled access to their mountain biking, cross-country ski business. This issue should be analyzed as part of a specific plan focused an attractions venue before any development takes place. The inevitability of trails be it intermountain or not is already a reality, including the USFS-designated Siberia Creek and Little Green Valley Trails within the vicinity. Public trails can be developed outside of private or concession property while still having controlled access. Indeed it could serve as a marketing tool for business. In order to obtain outside funding, a connecting spur would have to be developed with local attractions, most importantly the Pacific Crest Trail even though bikers are not allowed. This issue should be further pursued by the Board. 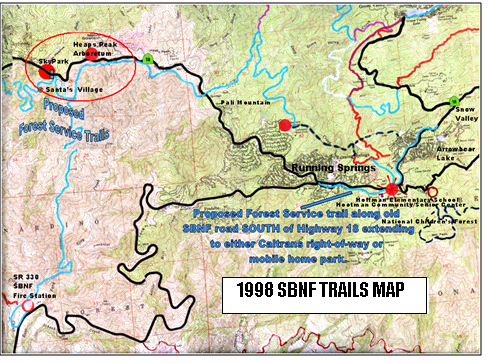 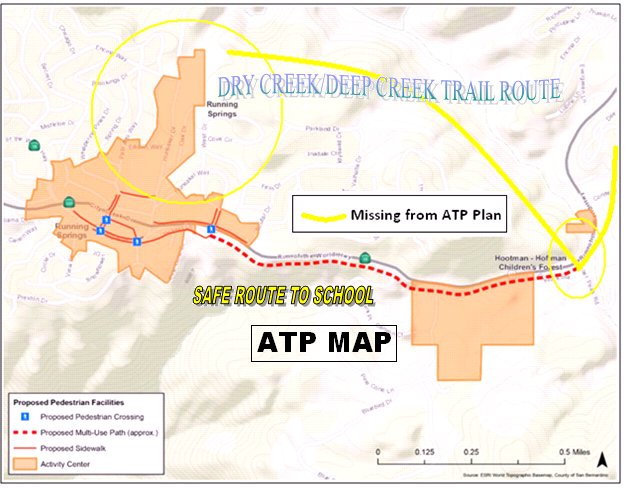 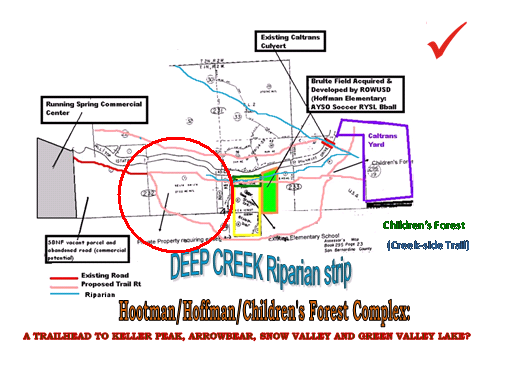 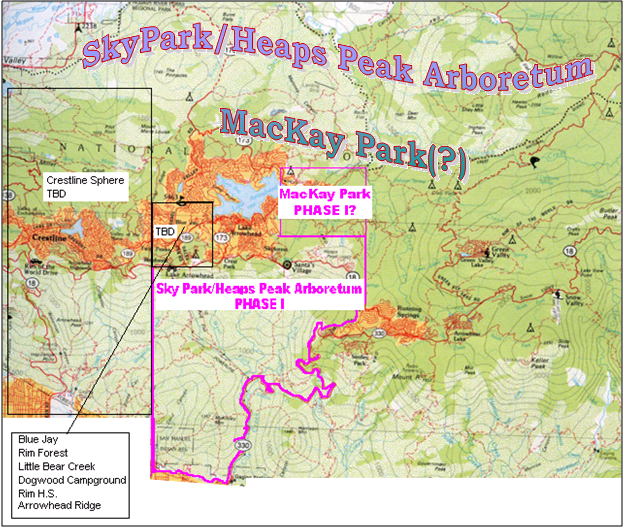 Bill Johnson serves as an alternate Alliance Board member and General Manager of the privately owned SkyPark at Santa’s Village, a critical partner along with the Heaps Peak Arboretum..

Ken Witte and Carol Kinzel serve as Alliance Alternate and Board members respectively. Both serve on the Board of the Rim of World Interpretive Association, responsible for managing the U.S. Forest Service Heaps Peak Arboretum.

These projects are jointly part of Phase I, representing Lake Arrowhead

Caltrans, ATP funding source, is requiring SkyPark to construct a signalized crosswalk. Bill Johnson has budgeted for development despite his preferred choice of constructing a tunnel under State Route 18 “The Rim of the World Scenic Byway”, similar to the USFS Cougar Crest Trail Tunnel in Big Bear connecting with hikers from its Serrano campground.

Signaled crosswalks constitute an attractive nuisance increasing potential risk for accidents as opposed to a tunnel, which could also serve as a wildlife corridor. The Alliance has not pursued any contact with Caltrans regarding substituting a tunnel. That would require assembling a team under Bill Johnson’s direction backed by strong community, environmental organization and perhaps political support. 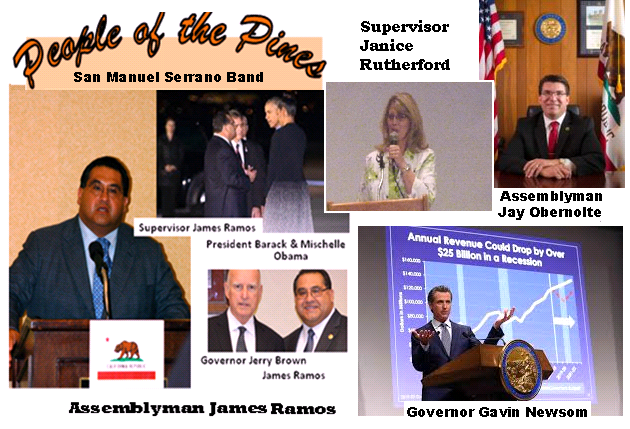 As reported, Governor Newsom said he crafted the State budget with input from legislative leaders and was met with praise from Democrats and outside interest groups. Even Republican lawmakers seemed pleasantly surprised, including Assembly Budget Committee Vice Chair Jay Obernolte, R-Hesperia.

“I tell you what, I was very impressed with Gov. Newsom,” he said, calling out Newsom’s focus on paying down debt. He’s clearly a smart guy. It was very clear that he’s been involved and engaged with the entire budget process. He was knowledgeable about budget issues”

Access to the PCT is the determining factor. Green Valley Lake may offer an alternative. 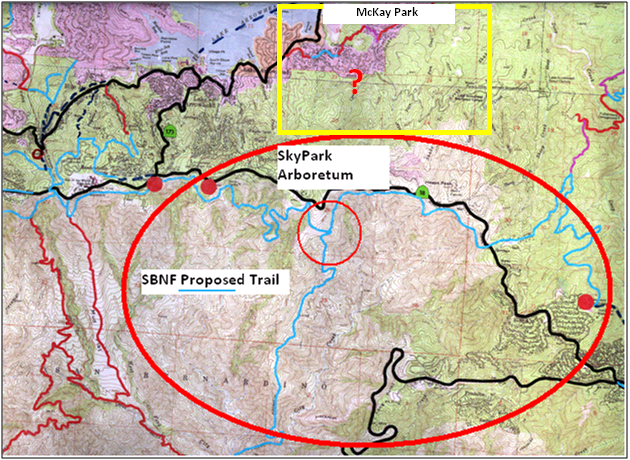 Other phases identified now on hold

Karla Kellums, Rim Community Hikers, recommended including an Adopt-a-Trail Program. Her group will be requesting such an arrangement with the San Bernardino National Forest (U.S. Forest Service) regarding the Siberia Creek Trail. The SBNF has approached Snow Valley in an effort to expand it concession to connect with Siberia Creek Trail. 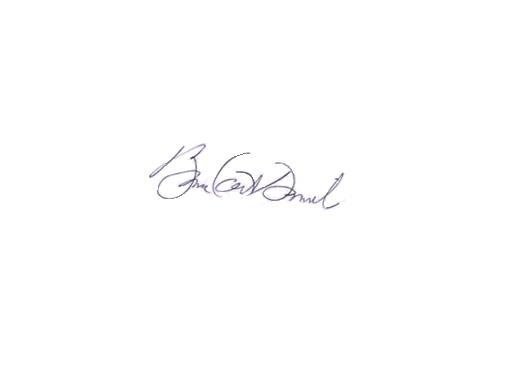 Rim of the World Trails Alliance Copyright © 2020. All Rights Reserved.